You can download the summary in the «docx» format at the end of the description.

Rail transport has a leading role in the transport system of Ukraine. The length of public railways in Ukraine is more than 22 thousand kilometers, of which 45% is electrified. Taking into account the availability of nuclear power plants in Ukraine and the relative cheapness of this electricity, the development of railway networks is aimed at electrifying the sites, which is why the renewal is to a greater extent subject to the electromotive composition. By type of work, locomotives are divided into cargo, passenger, maneuvering.

Freight locomotives must develop traction power, which enables them to drive large trains. Passenger locomotives are designed to drive lighter trains, with higher speeds. Each type of locomotive corresponds to certain traction properties, the most important of which are: the value of the realized traction force and the speed of movement on the rise. Adjustment is carried out: on the electric train — gradually due to the shutdown of the resistors in series with the traction motors; On a diesel locomotive with an electric transmission — at the expense of a change of voltage on the terminals of the generator and fuel supply to the diesel engine.

Maneuver diesel locomotive manufactured in Czechoslovakia. Produced from 1963 to 1987, until 1991 they produced modernized ones. It is used in Ukraine as maneuvering and suburban for short distances. The body is designed for European dimensions (track 1435), so some are used even at border stations of post-soviet countries. Trolleys are three-tiered. Four-stroke engine with turbocharger capacity of 1350 hp. Maximum speed (design) 95 km/h. 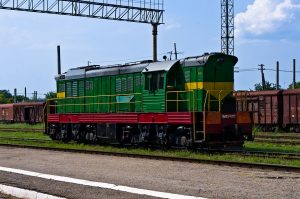 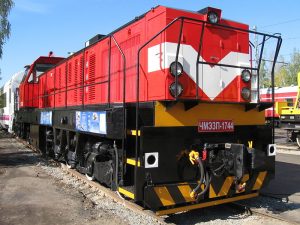 Diesel locomotives «ЧМЭ3», «ЧМЭ3T» and «ЧМЭ3E» are designed for maneuvering and export work. The design of diesel locomotives provides for the possibility of working on a system of two units. In addition, these locomotives (starting from No. 874) are equipped with portable consoles for one person’s maintenance.

Maneuver locomotive of the production of the Bryansk Machine-Building Plant and Voroshilovsky Slag-Building Plant (Russia). It was produced from 1960 to 2000. The carts are two three-tiered. Diesel four-stroke six-cylinder power 1200 k.s Electric torque transmission. Weight 120 — 126 t (2/3 filling with fuel, sand, lubricant) depending on the modification. Construction speed is 100 km / h. 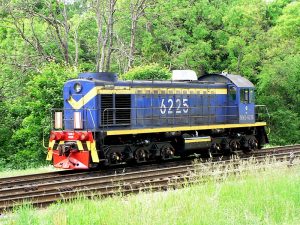 Maneuver locomotive of the Ukrainian production. Built in 2005 by the holding company Luganskteplovoz in 2005 with the participation of Elektrotyazhmash (electronics system). Weight 90 t. Power 800 k.s Two-way carriages. Due to low weight and microprocessor electronics in diesel control and control systems, the locomotive managed to make close by parameters to the most widespread in Ukraine «ТЭМ 2» and «ЧМЭ 3». The design speed of the locomotive is 80 km / h. Only one locomotive, which operates in the locomotive depot Debaltsevo — passenger Donetsk railway, was built. 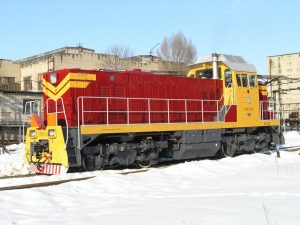 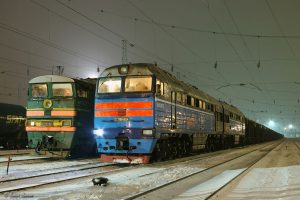 Passenger main shaft with electric power transmission. It was produced in 2007 by Luhansk diesel locomotive plant (Ukraine), all 4 diesel locomotives were assigned to the «ТЧ-6» of Kremenchuk Southern Railway. Diesel «5Д49» with gas turbine supercharging. Capacity 4216 hp Constructive speed is 160 km / h. Weight no more than 125 t. The cab is warm and noise-insulated equipped with air conditioning. The panel is equipped with a liquid crystal display. 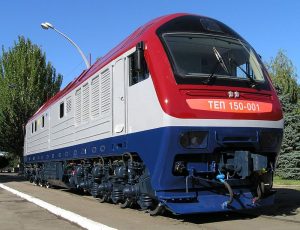 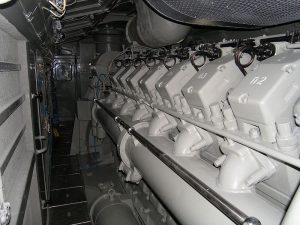 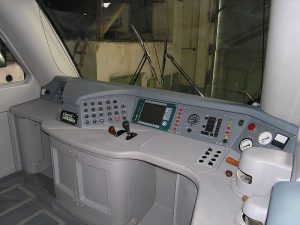 In 1976, the first sample of a two-section diesel locomotive «2M62», built on the basis of «M62», was built at the Voroshilovgrad plant (Lugansk). Serial production of locomotives began in the same year. Apparently, the diesel locomotives «2M62» were considered by the Ministry of Railways, on the one hand, as capable of replacing the aging «TЭ3», especially on lines with an average load-bearing capacity (where the power of «2TЭ10Л» and «2TЭ116» would be clearly redundant). On the other hand — as a temporary measure, in conditions when diesel locomotives like «ТЭ10» with diesel engines «10Д100» were already considered to be unpromising, and the development of new «2ТЭ116» was delayed for an indefinite time. 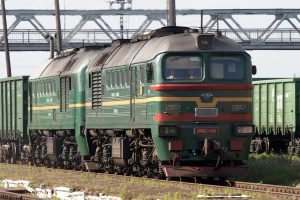